Just before Halloween, Midwest Garrison members in east central Illinois made an appearance with 80's band The Brat Pack. We arrived before the kid's show started and Guido, the bass player, directed us to a room to dress in. The band wanted us to come onstage during the first three or four songs. We got to hand out trading cards to the kids before the concert started. After that we mingled with the crowd for pictures. They had a costume contest for the kids and Rick's daughter got second place with her Leia costume.

Between the shows we talked with the band and Lindy, the girl singer, decided to have Rick's daughter lip sync to "Girls Just Wanna Have Fun" for the start of the adult concert. Lindy also had a classic Leia costume, so they matched. It was really cute and Rick's daughter did a great job. We joined the band onstage for a few more songs and then we were finished. Later, Ryan joined the band one more time for the last few songs. Guido came out for those songs in a Rubie's Chewbacca costume.

This event was a lot of fun. The band really appreciated us being there and hopefully we can work with them again. 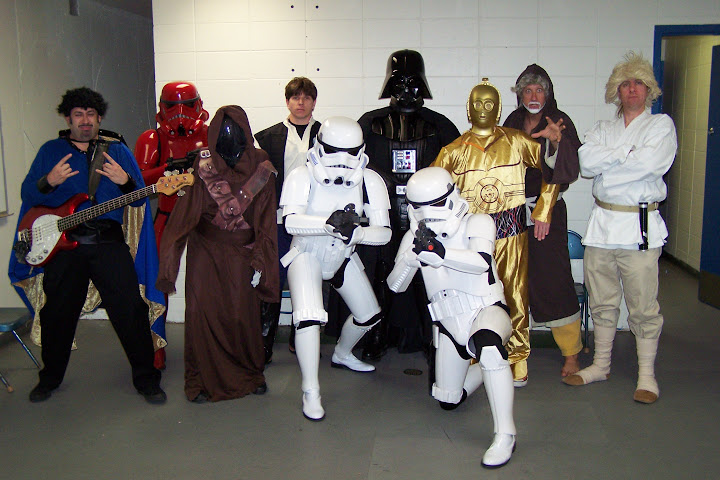 That was a really fun event. I hope we can do it again sometime
Genius billionaire playboy philanthropist
Top

I second that Ryan! We all had a great time plus it was fun to see my girls up on stage having a blast! My youngest daughter wants to dress up as Leia again for an event........she really had fun!
Top
Post Reply
3 posts • Page 1 of 1