* 07/22/17 IL Chicago – Fire Up A Cure 2017
Comments: This year’s Fire Up A Cure event went much better, with more time to prepare. I’ve kept in contact with the event organizers over the past year, and we were able to secure a much larger space this year, and did not have to share it with any other groups. We ran a three section booth this year. A standard table, with props, to talk with folks about the 501st and the Galactic Academy. We did a photo backdrop, and we also set up a target practice booth with two Nerf guns. Had we had the personnel, we would have converted that to a Blast-A-Trooper booth, something to consider next year.

Trooper turnout was superb once again, and the FUAC staff was more than pleased with our presence there. We also impressed Natalie Bomke from Fox News, who was emcee of the event, once again. This year attending troopers earned a Fire Up A Cure patch, which I designed and had printed up. I also retro’d last years crew a patch as well. We’re considering doing a “Supporter” version of the patch, and doing a direct fundraiser portion for the event.

The Cure It Foundation is more than anxious to have us return for next year’s event. They will be contacting me with the date once it is set. Great troop, well done everyone! 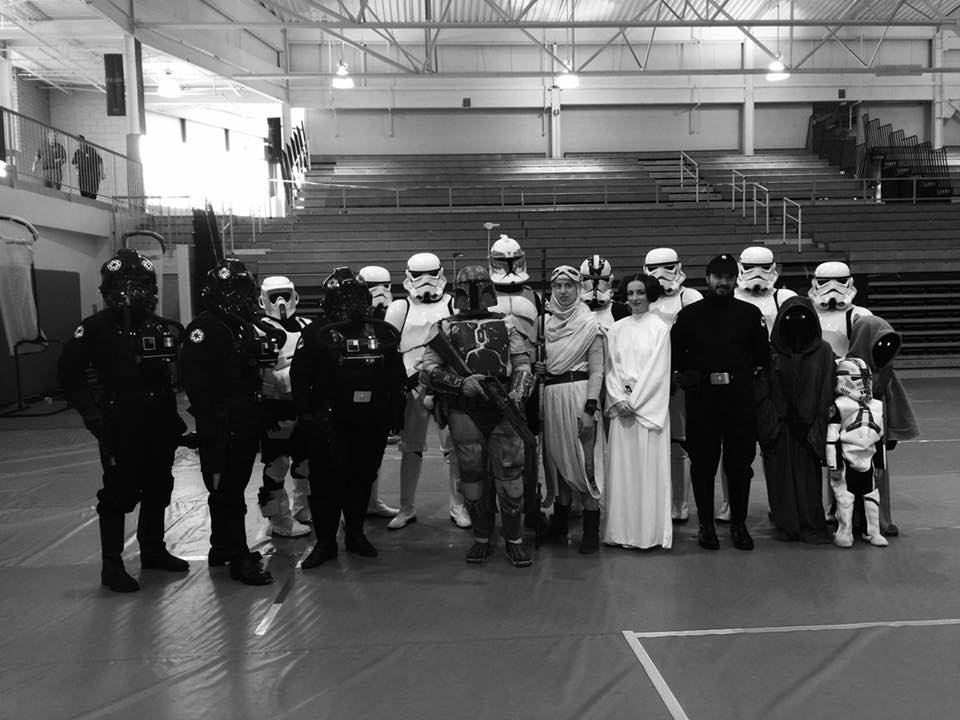